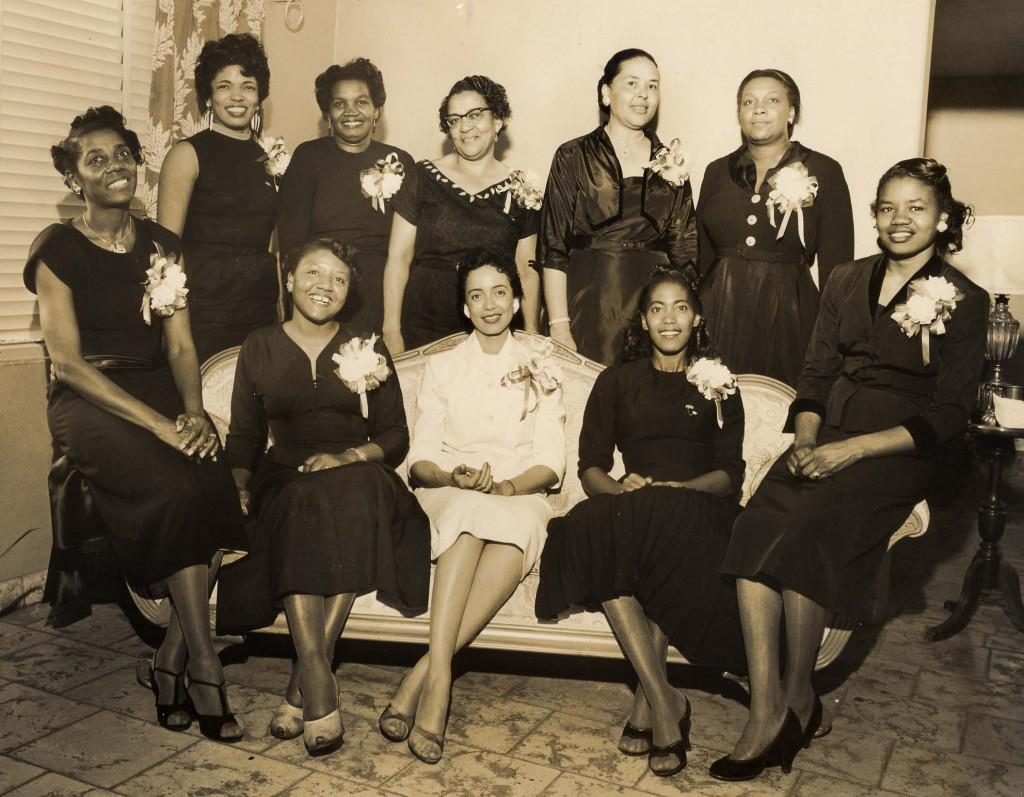 On February 20, 1954, under the leadership of Regional Director M. Lucia James and National President Dorothy I. Height, life was breathed into the 56th Chapter of the Southern Region of Delta Sigma Theta Sorority, Incorporated – Epsilon Gamma Sigma Chapter in Orlando, Florida.  In keeping with the policy of Grand Chapter to designate non-campus based chapters by county, city, or area of chapter location, the name was changed to Orlando Alumnae Chapter (OAC) in October, 1958.

During the past 67 years, OAC has been a legacy of change and cultivated its expanding membership.  Today, with over 200 members, the chapter remains in the forefront: crafting the debate on public policy and social issues, creating opportunities for higher quality education through the provision of annual scholarships and innovative youth development programs, and stimulating economic growth through its evolving and diverse community based partnerships in the City of Orlando.

Emulating the original 22 Founders of Delta Sigma Theta Sorority, the members of OAC continue to promote academic excellence and provide assistance to persons in most need through distinct programs that emphasize economic and educational development, international awareness and involvement, physical and mental health, and political awareness and involvement. Collectively, the officers and members of the Orlando Alumnae Chapter of Delta Sigma Theta Sorority, Inc., tremendously value the extraordinary opportunity to respond to the growing needs of the community through a passionate, unified commitment to public service. 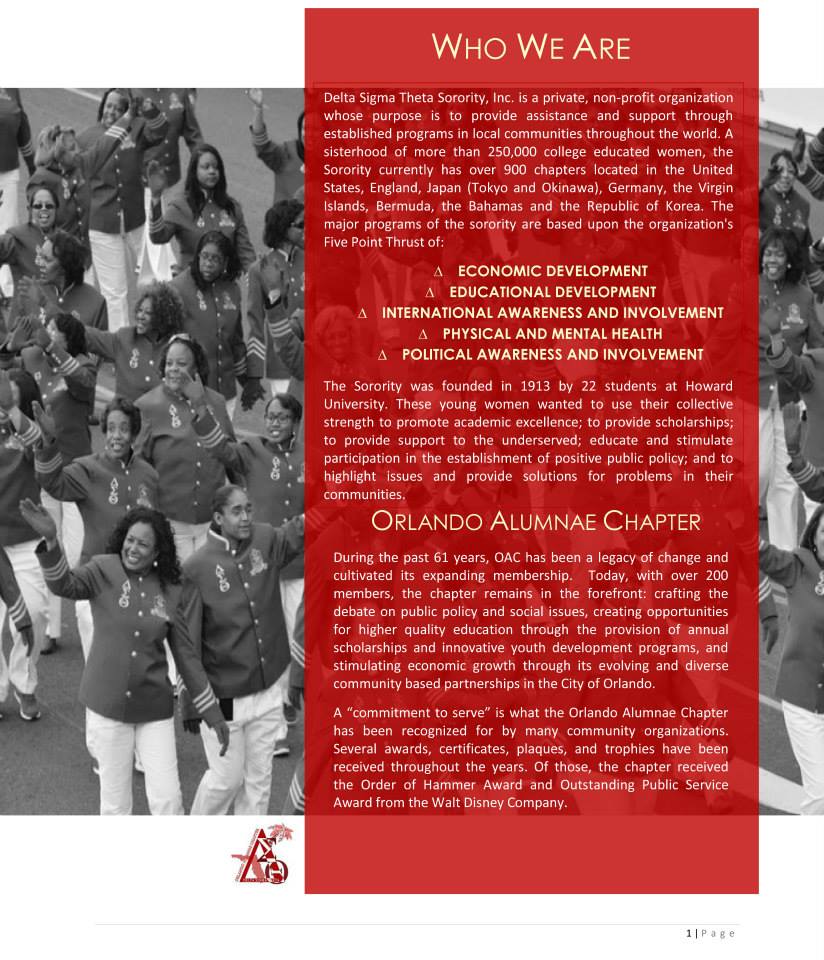 The Orlando Alumnae Chapter has increased from nine charter members to over 200 members. The chapter continues to fulfill our Founders’ dreams of achieving excellence, providing scholarships, and rendering public service to the community. Over the years, the chapter’s major projects include voter registration drives, tutorial services, political awareness forums, and health fairs and seminars. The chapter yearly sponsors the Celebration of Women Brunch (primary fundraiser) and the Minerva Awards (scholarship presentation). The chapter has adopted local area schools as partners in education, to mentor students and combating illiteracy.

A “commitment to serve” is what the Orlando Alumnae Chapter has been recognized for by many community organizations. Several awards, certificates, plaques, and trophies have been received throughout the years. Of those, the chapter received the Order of Hammer Award and Outstanding Public Service Award from the Walt Disney Company.
Premier in Central Florida and one of the most prominent chapters in the dynamic Southern Region of Delta Sigma Theta Sorority, Inc., the Orlando Alumnae Chapter (OAC) was officially chartered on February 20, 1954. Celebrating its magnificent evolution and incomparable legacy, OAC pays special tribute to the 9 phenomenal women who believed in and embraced change, the chapter’s charter members. In so doing, the chapter respectfully honors its first president and organizing force – local activist, educator, and businesswoman Anne Mitchell Felder.

Under the leadership of Ms. Felder, these dynamic she-roes sought to emulate the 22 founders of Delta Sigma Theta Sorority, Inc.  They dedicated themselves to providing assistance to those in most need, promoting academic excellence and cultural enrichment, and enhancing the overall quality of life for all of Central Floridians.  They served as incomparable role models and mentors and represented diverse career backgrounds inclusive of public school administrators and educators, Federal government managers, and public and corporate executives.