The first OAC president, charter member, phenomenal businesswoman and educator, Soror Anne Mitchell Felder, believed in the long-distance magnificence of the current extraordinary chapter of 190+ women as far back as 1954.

Today,  67 years later, OAC celebrates the 27 accomplished past presidents, all powerful purposeful women of God, known for their grace, dignity and strength.  These amazingly gifted activists diligently continued to build on the previous accomplishments of their visionary predecessors, allowing OAC to indisputably affirm its current premier distinction of excellence in the state of Florida.

PURPOSEFUL WOMEN OF VIRTUE – THE PAST PRESIDENTS OF OAC 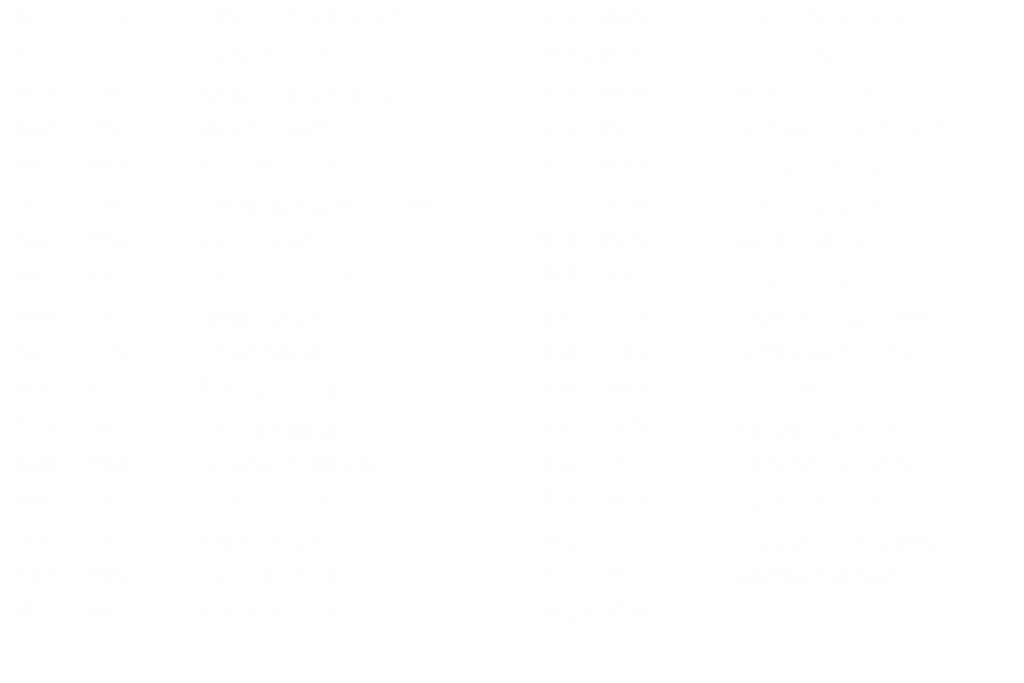